Published by Little, Brown and Company in 2011. 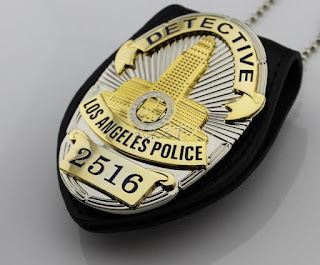 LAPD Detective Harry Bosch is back on the case in these three short stories. Fans of the series know that Harry has had a long career in print and he had already had a long career before he started showing up in Michael Connelly's books. These stories are at varied points in his career, he has various partners and co-workers from throughout the series show up and he has various degrees of success in them.

Two of the stories are quite short - short enough that I was just starting to settle in for a good Harry Bosch story and they just...ended. The third is a pretty good story and just long enough that I found myself wishing that Connelly had fleshed it out a bit more into full book length.

I rate this collection 4 stars out of 5. It can be found on Amazon.com here: Suicide Run: Three Harry Bosch Stories.
Posted by DWD at 10:54 PM