THE WAR BEFORE the WAR: FUGITIVE SLAVES and the STRUGGLE for AMERICA'S SOUL from the REVOLUTION to the CIVIL WAR (audiobook) by Andrew Delbanco 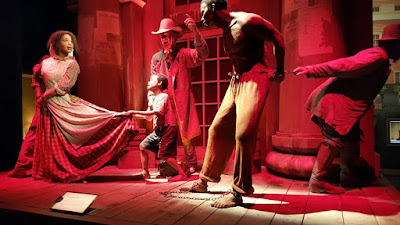 Simply described, this book is an in-depth look at the slavery controversy in the United States from its very beginnings through the Civil War. I am an avid reader of books that explore American slavery and the Civil War. Anyone that denies that slavery wasn't THE issue that pushed America to Civil War is deluding themselves and simply has not read the statements that five of the seceding states (Georgia, Mississippi, South Carolina, Texas and Virginia) issued in 1860 and 1861. Slavery was the most discussed item in four of the five declarations (Virginia's brief declaration does not mention many specifics but does refer to "the oppression of Southern Slaveholding states").

As the reader goes through this book it is easy to see that slavery was always a difficult problem for every generation of Americans to deal with. The Founders wrestled with it and ultimately kicked it down the road for later generations to deal with. By the 1850's the problem had come to a head. Interestingly, the thing that brought it to a head was a problem that rarely happened - what to do with runaway slaves.

When compared to the total slave population, very few slaves actually escaped and almost none made it to a free state. But, when a slave was caught in a free state, the media made a story out of it. Who can blame them? It was a riveting story. What was more important - property rights of the individual slave owner or the rights of a man to have his day in court to prove that he was actually a free man in court before he was taken away into bondage? What was more important - the right of a state to protect the property rights of its slaveholders throughout the country or the rights of a free state to declare slavery null and void within its borders?

When a slave was caught in the north and the process started to take him or her back to slavery the political system would often boil over. Both sides came to out, protested, wrote letters to the editor, gave speeches in Congress and generally used the occasion to rally their bases. The author makes a valuable point when he points out this is the same thing that modern political movements do (Black Lives Matter, Pro- and Anti-Abortion activists, immigration, etc.).

The book also looks at what individuals did when confronted with these problems. I was particularly struck by the judge that returned slaves in his courtroom but allowed his home to be used as an Underground Railroad stop by his grown children. He didn't actively help - he just actively ignored the extra people sleeping in his house from time to time.

This is an amazing book. I didn't think I could really learn a lot more about this topic. This will be my 108th review of a book that will be tagged "civil war" and the 77th book that will be tagged "slavery". But, seeing it all laid out in one big sweep is powerful. A great follow-up would be this book: Freedom National: The Destruction of Slavery in the United States, 1861-1865.

The audiobook was read by Ari Fliakos who did a fantastic job.

I rate this book 5 stars out of 5. Strongly recommended.

This book can be found on Amazon.com here: THE WAR BEFORE the WAR: FUGITIVE SLAVES and the STRUGGLE for AMERICA'S SOUL from the REVOLUTION to the CIVIL WAR by Andrew Delbanco.

Published in 2010 by Simon and Schuster

When you read the history books, it seems obvious that the colonies steadily worked their way up to declaring their independence without much of a hitch.

The beauty of William Hogeland's Declaration is that he shows that it was a lot closer than the history books usually portray. Samuel Adams and his cousin John Adams maneuvered many of the representatives to the Continental Congress into voting for independence and certainly manipulated the government of Pennsylvania. In fact, you could make the case that they toppled the government of Pennsylvania through a powerful media campaign combined with timely advice and political pressure and installed a pro-independence government just in time for the fateful vote.

But, this new (to me) information was marred by a difficult to read text. The book just bounced around - the writing style just never got into a flow. I found it hard to read more than a page or two at a time.

On top of that, there are 56 pages of end notes with commentary. If this book were published back in the "bad old days" when typesetting was labor intensive, I would understand why it was done as end notes - it was a pain to work out all of the foot notes. But, in today's world, almost all of the complicated work of footnotes is done by a computer. If it is worth the author's time to make 56 pages of commentary in your end notes, it is worth turning them in to foot notes so that people will actually read them.

I rate this book 3 stars out of 5 - interesting information, poorly presented.

This book can be found on Amazon.com here: Declaration: The Nine Tumultuous Weeks When America Became Independent, May 1 - July 4, 1776.
Posted by DWD at 11:08 PM No comments:

AN AMERICAN SUMMER: LOVE and DEATH in CHICAGO (audiobook) by Alex Kotlowitz

Published in March of 2019 by Random House Audio.
Read by by the author, Alex Kotlowitz.
Duration: 9 hours, 53 minutes.
Unabridged. 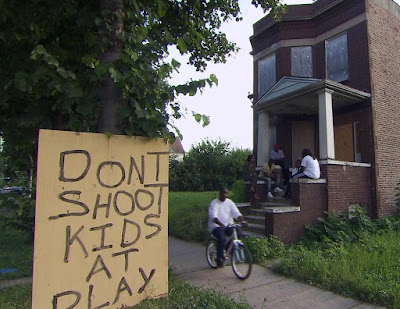 Journalist Alex Kotlowitz has written several books about race, crime and life in the Midwest rust belt. This book focuses on Chicago's most violent neighborhoods. How violent are they? In the past 20 years, 14,033 people have been killed and another 60,000 have been injured by other people shooting guns. Just to compare, it is as if the entire population of Scranton, PA or Ogden, UT or Napa, CA were all killed or wounded by gunfire.

But, it's not like all of Chicago experiences this violence. It is really just a few neighborhoods - so the impact is a lot like a civil war is going on in a medium-sized city. Everyone knows someone who has been shot and most people know someone that has been killed. That takes a toll on the survivors and that is what this book is about.

Kotlowitz follows nine stories from these neighborhoods. Some were victims, some hurt others and some did both. Most of these stories are unrelentingly sad. Some were a little hopeful and one was downright inspiring.

The reader learns about the cycle of violence, how city officials have tried to help and fail and how the police can become just another violent part of a violent neighborhood. Chicago Police Department has paid out $662 million in damages for police misconduct since 2004.

This is a sobering, well-written book. Not an easy listen, but an important one.

This book was read by the author, Alex Kotlowitz. He did an excellent job.

I rate this audiobook 5 stars out of 5. It can be found on Amazon.com here:  AN AMERICAN SUMMER: LOVE and DEATH in CHICAGO by Alex Kotlowitz.

Please check out this book as well: ALL the DREAMS WE'VE DREAMED: A STORY of HOOPS and HANDGUNS on CHICAGO'S WEST SIDE by Rus Bradburd.
Posted by DWD at 10:34 PM No comments:

Illustrations by the author.
Translated from French to English by Richard Howard. 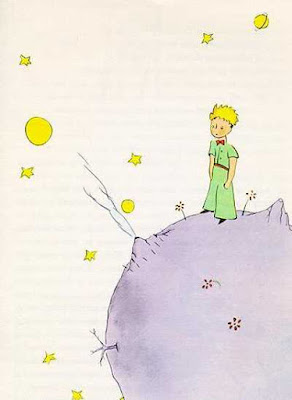 The Little Prince is a classic novel, voted the best French book of the 20th Century. It is written in deceptively simple language - so simple that a French teacher colleague of mine has her advanced French students read it in the original French every year.

But, don't let the simple style fool you - this book packs a lot of big ideas about the foibles of modern living and adulthood into this small book about a space traveler who lands in the Sahara desert. The space traveler (the Little Prince) meets a crash-landed pilot and shares the story of his travels.

I read the book easily over a weekend while on a camping trip. I read it on my Kindle phone app. Because the author's illustrations are just as iconic as the book itself, the folks at Kindle decided to scan the pages in the way they are published. I have no problem with that, but my phone app did not let me enlarge the pages in any way with a zoom feature. At times, the text was pretty tough to read. Because of that, I am going to deduct a star from my overall score - I am reviewing the Kindle version and the Kindle version has a weakness.

I rate this book 4 stars out of 5. It can be found on Amazon.com here: The Little Prince.
Posted by DWD at 10:29 PM No comments: