This is the book that inspired the controversial movie (not due to content but rather due to how a scene was filmed). The book itself is not controversial, but a sentimental reincarnation story involving a dog who is looking for his purpose in this world. 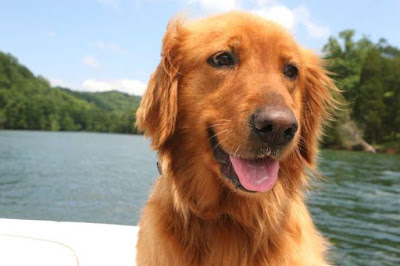 The dog lives a variety of lives (a stray, a working dog, a pet) as a variety of breeds and eventually discovers his purpose. Along the way the author shows some very solid insight into dog psychology and has a lot of fun trying to guess the motivations of the simple (or maybe not so simple dog).

The book can be found on Amazon.com here: A Dog's Purpose by W. Bruce Cameron.
Posted by DWD at 11:21 PM No comments:

THE WAR on KIDS: HOW AMERICAN JUVENILE JUSTICE LOST ITS WAY by Cara H. Drinan

Published by Oxford University Press in November of 2017. 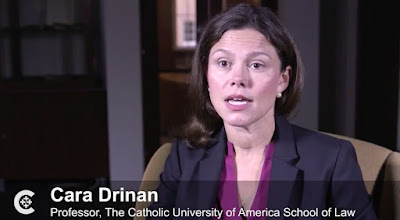 Cara H. Drinan is a law professor at The Catholic University of America in Washington, D.C. Her book The War on Kids: How American Juvenile Justice Lost Its Way deals primarily with the changes to the justice system over the last 30 years and the mostly unforeseen consequences of those changes.

Drinan discusses how in the late 1980's and early 1990's the United States was experiencing a crime wave, including "the nation's peak murder rate" (p. 156) and a number of these criminals were minors. Lawmakers responded by making it easier to move cases involving juvenile offenders into adult court. Juvenile court, although imperfect, at least made some attempt to accommodate itself to the specific needs of youth offenders and offered opportunities to rehabilitate themselves. It also recognized the fact that young people's brains just work differently than adult brains (a point Drinan brings up often throughout the
book).

Early in the book, Drinan offers a powerful set of facts about the effects of poverty on youth and the truly dreadful conditions that some young people grow up in. Chapter 2's detailed description of Terrence Graham's childhood is tough reading. He was failed by nearly every adult relative in his life and was clearly failed by the social workers that knew the conditions he lived in and did nothing to remove him from a home filled with drugs, hunger, violence, chaos and deprivation. I wouldn't have let a dog stay in that house, let alone a human child.
Drinan also describes how defendants in the justice system often have to depend on understaffed public defender offices that clearly don't have the time to do much more than process their clients and hope for the best. The book Rights at Risk: The Limits of Liberty in America by David K. Shipler also covers this topic very well. Minors moved up into adult court become a part of an already over-burdened system. 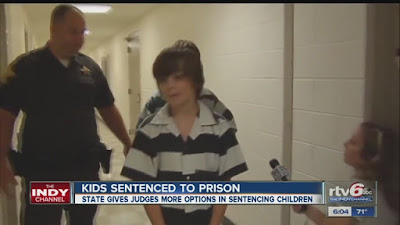 Not that the juvenile courts are doing much better. On pages 58 and 59 Drinan details a litany of failings, including statistics that show more than half of the minors held in juvenile detention don't even have an attorney. Public defenders that deal in juvenile law are overwhelmed. The industry standard is no more than 200 cases per defense attorney. Some have caseloads with more than 1,500 clients. There is no way they can do any sort of quality work with that sort of caseload. To make matters worse, many are not even trained in juvenile law.

Drinan argues that there need to be a whole series of safety nets in place to help young people like Terrence Graham from getting into the justice system in the first place, but she offers precious few specifics. She also argues for rehabilitative programming in juvenile detention but only offers one detailed description - a program in Missouri that does sound promising. It is so promising that it makes me wonder why the other states haven't adopted it as well.

The second half of this slim book is a tough read. Not due to the content, but due to a lot of legalese. She makes a series of recommendations that sound all right, but I really can't say for sure because I am not an attorney. It's almost like she forgot who her intended audience was at the halfway point of the book and lapsed into jargon and started talking to the attorneys reading the book.

There are times when Drinan comes off as more than a little naive. She often reminds the reader that youth are often impulsive and their brains don't work like an adult human's brain. True enough. At times, though, she sounds like she would excuse nearly any crime simply because the perpetrator was a youth and youth can be more easily rehabilitated than adults. One case study involved a young man that lured another to a car wash so he could "talk" about an issue they were having. Instead, he ambushed him and shot him three times with a rifle. This is different than a young person who is serving time because he was the driver waiting outside in the car during a robbery in a store that resulted in someone being shot.

The closing is an unsatisfying mish-mash that takes way too many shots at Donald Trump. I am not a fan of the President. Despite all of his faults though, he is a political newbie and had nothing to do with the current state of the juvenile justice system.

Read the first half of this book to find out the depth of the problems with our juvenile justice system. It is powerful reading.

This book can be found on Amazon.com here: THE WAR on KIDS: HOW AMERICAN JUVENILE JUSTICE LOST ITS WAY by Cara H. Drinan.

Note: I received an advance uncorrected proof of this book for free so that I could write an honest review as a part of the Amazon Vine Program.
Posted by DWD at 5:39 PM No comments:

Harry Bosch returns in his twentieth outing, more or less (there are a lot of overlapping characters in Michael Connelly's books). Although Bosch is primarily known as an LAPD detective, he is now retired and is working as a volunteer detective for the comparatively tiny San Fernando Police Department. He clears cold cases because San Fernando hasn't had an actual murder in years.

But, the opioid crisis has hit San Fernando and the owners of a family-owned pharmacy in one of San Fernando's main shopping districts are killed in an obvious hit by two gunmen. Bosch and the three full-time detectives swing into action.

Bosch is also distracted by a case from the 1980's that has come back to haunt him. A death row inmate has new evidence that exonerates him and he is blaming Harry Bosch for framing him in the first place and Bosch may be held financially responsible. Bosch, with the help of his half-brother Mickey Haller (The Lincoln Lawyer) has to act to save his good name, his life savings and to keep a murderer on death row.

Two Kinds of Truth is read by Titus Welliver, the actor that plays Harry Bosch in the Amazon streaming TV show Bosch. The Harry Bosch series has had a series of strong audiobook readers and Welliver continues that streak.

Longtime readers of the Harry Bosch series will be pleased to know that Jerry Edgar, an old partner of Harry's comes back to the series and plays a serious role.

This is the fourth Harry Bosch novel in a row that I thought would provide a good exit for the character. However, I am glad that Michael Connelly keeps on finding new things for Harry to do. In this book there were several new situations and new combinations of characters that kept it interesting.

This audiobook can be found on Amazon.com here: Two Kinds of Truth by Michael Connelly.
Posted by DWD at 9:34 PM No comments: 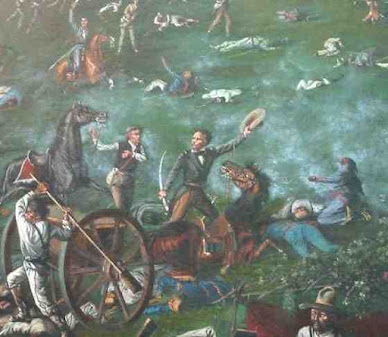