Published in August of 2005 by HMH Books for Young Readers.
Written and illustrated by Don Brown

The story of Hurricane Katrina has been told many ways in many different formats but this graphic novel by Don Brown is undoubtedly one of the more powerful re-tellings. The powerful combination of the simple text combined with the simple, sad drawings of this tragedy work together to move the reader. 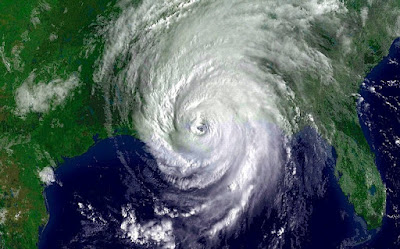 There is no main character to the book, just a simple re-telling of the story, starting with the birth of the storm, continuing on with the multiple mistakes leading up to the flood, the horror that followed and finally following on to the re-building of the city.

From time-to-time an unknown person will speak directly to the reader, such as when a FEMA employee says, "When I have a nightmare, it's a hurricane in New Orleans." At another point, a train conductor stands on any empty train platform next to his train and says, "We offered...to take evacuees out of harm's way. The city declined." It turns out that all of these quotes are real quotes from real people that are endnoted in the back of this graphic novel.

This is well worth your time and a portion of the proceeds are donated to Habitat for Humanity.

I rate this graphic novel 5 stars out of 5. Excellent.

As of the date of this review, this graphic novel was being sold for $12.58 on Amazon.com. Check here for current pricing: Drowned City: Hurricane Katrina and New Orleans.

Posted by DWD at 6:13 PM No comments: Links to this post

THE INNOCENT (Will Robie #1) by David Baldacci

This book introduces Will Robie, a professional hit man who works for the United States government. His hits are usually drug cartel leaders, leaders of terrorist organizations and the like.

Robie gets an assignment close to home, which is a weird thing in and of itself. The first two hits described in the book are out of country hits. The fact that they are out of country hits gives the U.S. government a bit of plausible deniability. This new assignment is in Washington, D.C. and, as far as Robie can ascertain, the target is a fellow member of the intelligence community - but not an important one.

He's willing to follow through with it until he sees that the target is actually a mom with a young son and a baby. He hesitates, tries to figure out what is going on and that's when everything goes topsy-turvy in Robie's already convoluted world...

This book was not a particularly great book for a couple of reasons. But, I will start with the good parts. The characters are great. Robie is likable character (for a stone-cold assassin) and his character does grow throughout the book. Also, the two supporting characters are interesting and the interaction between all three of them is well done.

But, the plot holes are not just large, they are magnificent. Robie stumbles into a plot, but you find out that he didn't really stumble into it - it was enlarged to include him as well in a giant cat-and-mouse game that makes no sense when you consider how it puts the original conspiracy at so much risk. Also, I knew who it was from the beginning because of a clue that was dropped that I cannot believe Robie did not pick up on and include in a mission debriefing. If he had, the entire plot of the book could have been avoided.

Also, on a pet peeve note there is this:

I am a Spanish teacher. I notice the Spanish in books and Baldacci includes a mis-translated gem on page 182 that tells me that he can't bother to actually check his dictionary translation with any of the millions upon millions of native speakers of Spanish that live in the United States. It's not that hard. It is a symptom of the lack of follow-through that pervades the book and makes for an iffy plot.

This book can be found on Amazon.com here: The Innocent by David Baldacci.
Posted by DWD at 9:51 PM No comments: Links to this post

Published November 1, 2008 by GraphicAudio.
From an original novel first published in 2004.

Graphic Audio has a long tradition of creating excellent audiobooks by going back and telling stories the way that they used to tell them in the old days on the radio - with actors and sound effects. Rather than reading the story to the listener as the author wrote it, they act it out like an old-fashioned radio play.

In The Flash: Stop Motion the story focuses on Wally West, the young protege of the previous Flash, Barry Allen. Barry Allen is gone now and Wally is taking the responsibilities associated with wearing the red tights seriously. But, he is so much younger than most of the rest of the Justice League and he feels a little outclassed by the others. How can he hope to contribute as much as Superman who can practically do anything? Or the Martian Manhunter who can almost keep up with Superman and has telepathic powers? The Green Lantern is young but everyone knows that his ring gives him almost unlimited power. And Wonder Woman? She is grace, power and wisdom personified. Compared to her, The Flash is just a goofy kid. And who can hope to compare himself to the likes of Batman, even if Batman isn't a "super" like the others?

In the midst of this self-doubt, the Earth comes under attack in a series of asteroids. But, these asteroids are odd in that no one can scan them properly and what readings they can make don't make sense - they seem to be from another universe. The Flash can get some sense from them due to his ability to vibrate at different oscillations, but he keeps getting pulled away to deal with a series of bizarre murders in Keystone City in which the victims heads are literally blown up while they are sitting peacefully. And, once Wally West starts to realize what is really going on he knows that this is not something that the other members of the Justice League can deal with - it is up to The Flash to step up and save everyone and everything he has ever loved...

Normally, I am a big fan of Graphic Audio's productions, as I mentioned in the first paragraph. In this case, however, there were times when the music and action was so loud that I could not hear the voices of the characters or the narrator. This was not the case consistently, but there were times when the audio mix was just a mess. Even worse, I found it extremely hard to understand the voice of Flash's opponent. Most of the time I just guessed what he said based on the reactions of the other characters or further elaboration by the narrator.

But, if those were the only problems in this story I would have been pleased. This audiobook suffers from a near fatal case of TOO MUCH TALKING. Like in a bad play, most of the characters get their chance to step up and deliver a soliloquy. Superman gives a small one, Wally West gives a few, the Martian Manhunter gives several small ones but the worst is an incredibly long speech by a pivotal character towards the end of the book. I am not going to create spoilers but the long build up to the meeting of this character was tedious to listen to and this character's droning speech and contrary logic (that leaves a massive plot hole) just goes on and on and on. Ironically, the character just impressed on The Flash that time was of the essence because his opponent was destroying entire universes every second (or worlds, the character uses both terms interchangeably) and billions of lives were being lost every second and then the character just stands there and talks and talks and talks and tells Wally its entire history. Why? Because you should tell stories why people are annihilated, I guess.

So, way too much backstory told in long speeches, bad work on the mixing board from time to time and not enough action compared to the talking.

This audiobook can be found on Amazon.com here: The Flash: Stop Motion.
Posted by DWD at 10:17 PM No comments: Links to this post 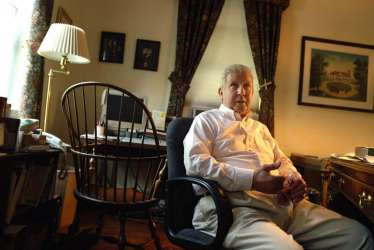