HOW SHOULD CHRISTIANS VOTE? by Tony Evans 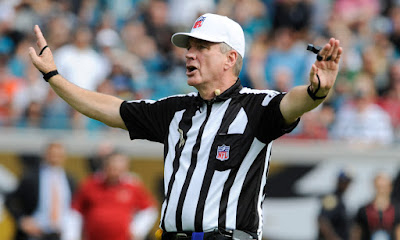 Even though this book was published 4 years prior to the 2016 election, it was surprisingly relevant to the Trump era of politics. Tony Evans is a pastor and also a chaplain for an NFL team. This is important, because he uses a football analogy the referee to describe the role of Christians in the election process.

I went into this audiobook ready to be irritated - irritated because so many big name Christian leaders have become very political as of late - forgoing the work of God's kingdom for the work of a politician or a political party, in my mind.

Evans is quite clear that Christians should vote and should fully participate in the process - to not do so would be not using one of the tools we have to impact the culture and the country. BUT, Christians should not become blind followers of a politician or a party because they do not necessarily advocate the kinds of laws and policies that are in line with Christian principals. Too often, people get caught up in the game of Team GOP or Team Dems winning and not if what they are advocating goes along with God's word.

He builds on the theme of teams and games and says that Christians should not be for one party or the other. Rather, they should be like the referees in a game, approving of some plays and calling foul on others - in a non-partisan manner regardless of the team. They should not join a team. Instead, they should point out when the teams break the rules and encourage the teams to conform. Also, each Christian will have certain issues that they are called to be especially on the watch for. For example, for some Christians, social justice issues may be at the top of the list while for others it may be abortion. This means that the body of Christ will not be able to vote as one.

Reader Mirron Willis's strong voice made the audiobook version of this book a pleasant listen.

Warning: Evans is strongly against abortion and gay marriage. If this is a deal breaker for you, I wanted you to know before you invested in the book.

This audiobook can be found on Amazon.com here: How Should Christians Vote.
Posted by DWD at 3:13 PM No comments:

Published by Tantor Audio in May of 2018
Read by Peter Berkrot
Duration: 7 hours, 4 minutes
Unabridged

I pounced on this history because Ethan Allen and the Green Mountain Boys have always been a mysterious presence in my readings on the Revolutionary War. They show up during the early days of the war and add a zest of mystery and frontiersman derring-do that blunts British momentum. And then...they just disappear from the typical history.

The book follows the timeline history of the American Revolution, going back and forth between a series of the Green Mountain Boys. My fleeting impression of them was that they were some sort of super-patriotic mountain men. The reality, on the surface, seems more nuanced. But, in reality, I think that I was right. They were super-patriotic mountain men, but their loyalties did not lie with the United States - their devotion was to Vermont and only Vermont.

Vermont was not a colony when the Revolutionary War started. At best, it was the beginnings of a colony, but it was claimed by New Hampshire and New York - especially New York. Before the Revolution, the Green Mountain Boys were already fighting a low-level insurgency against the colonial government of New York in an attempt to make themselves a separate colony.

When the Revolution began, many Vermonters looked at the confusion of the was an opportunity to break away from New York, especially if Vermont could prove itself useful to the 13 colonies as an ally. But, repeated attempts to officially become the 14th state were rebuffed and some of the Green Mountain Boys began to court the British in an attempt to play both sides against each other. The goal was always the same - an "independent" Vermont. There were three options: 1) become the 14th state, 2) become a colony attached to Canada but with its own government, 3) become an independent country (not seriously considered by many, but it was always a thought on the back burner).

Ethan Allen tried all of these options at one point. Some of the Green Mountain Boys dedicated themselves to just one course, and if their course failed, they were forced to move away or suffer other consequences.

There was not as much detail to the book as I would have liked. Sometimes, it seemed like the author was skimming the surface, bouncing back and forth as the narrative moved forward.

I "read" Those Turbulent Sons of Freedom as an audiobook. The reader, Peter Berkrot, has a beautiful voice for audiobooks, but his presentation was too dramatic. He made every sentence sound like it was the most dramatic moment of the book - even mundane sentences like lists of supplies that were captured in forts and crops sold by Vermont to Canada. There were certainly plenty of dramatic moments in this book, but the overall effect is weakened when so much of the book is presented as a dramatic moment. It made the book tiresome rather than enjoyable.

This book can be found on Amazon.com here: Those Turbulent Sons of Freedom.
Posted by DWD at 7:58 PM No comments:

MARTIN LUTHER: IN HIS OWN WORDS (audiobook) by Martin Luther

This collection of Martin Luther's writings has a great strength in that it lets Martin Luther speak for himself with no other author offering interpretations. However, this is also its weakness since some of these documents could have used a bit of explanation.


Considering that these texts are around 500 years old, most are surprisingly accessible. The editors chose to include the Ten Commandments section from Luther's Small Catechism that was easy to understand with no additional explanation necessary.

However, it would have been helpful to have some sort of introduction to the opening text - Luther's 95 Theses. I am both a lifelong Lutheran and a history teacher and even I found the straight through reading of all 95 theses to be more than a bit dry.


The most powerful text is a sermon on Confession and the Lord's Supper. Luther does a lot of build up that can be a bit much, but when he got to his point I found it to be quite powerful and relevant to my everyday life - even nearly 500 years after it  was written.

This audiobook can be found on Amazon.com here: MARTIN LUTHER: IN HIS OWN WORDS (audiobook) by Martin Luther.
Posted by DWD at 5:22 PM No comments:

THE HOTEL TITO: A NOVEL (audiobook) by Ivana Bodrozic. Translated by Ellen Elias-Bursac

The novel follows the family of a 9 year old Croatian girl as her family is displaced by war in the former Yugoslavia. In 1991, Croatia declared its independence from Yugoslavia and fought a 4 year war, mostly against the Serbs. The family has fled from Vukovar, a city on the border with Serbia. The father has stayed behind to defend their city and the family ends up in a hotel that has been re-purposed to house refugees.

The story follows the girl as she and her friends go to school and try, unsuccessfully, to blend in with the local children, the activities and pranks they participate in at the refugee camp/hotel and their long wait for an apartment or a house that they can call their very own. Most importantly, they await any word on their father who was part of a spirited, but ultimately failed defense of Vukovar.

The Hotel Tito sheds some light on a mostly forgotten bit of history, but only a little bit of light. I learned much more about the war and about Croatia researching this review than I did listening to this audiobook. There is precious little context and most of the action is told from a detached point of view of a child so the reader/listener has almost no chance to learn much about the situation. I felt as confused as the child must have, but I am not sure if that was the intention since the story continually mentions cities, generals and politicians.

The problem, I am sure, is that this book was intended to be read by people who have a great deal of familiarity with the events of the 1991-1995 war. Unfortunately, I remember only the vaguest of outlines about what went on during the war. If you are clueless about this war, skip this book (or do a lot of pre-reading research).

The book was translated by Ellen Elias-Bursac and I thought she did a superior job of translation. I am a Spanish teacher and know nothing about Croatian. But, I do know how hard it is to translate colloquialisms into other languages and Elias-Bursac included a lot of them as she attempted to make this text more approachable.

Eileen Stevens read the audiobook. None of my complaints about this book stem from her reading - it was quite good.

This audiobook can be found on Amazon.com here: The Hotel Tito.

Note: I received a free copy of this audiobook from the publisher through Audiobook Jukebox's Solid Gold Reviewer program so that I might write an honest review.
Posted by DWD at 12:21 AM No comments:

THE ESCAPE ARTIST by Brad Meltzer

Published in 2018 by Grand Central Publishing 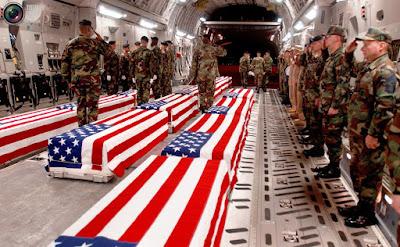 Jim "Zig" Zigarowski works at Dover Air Force Base. Dover is where many of America's soldiers who have died are brought back to America. Zig is a mortician - the best on the base. He skillfully prepares all but the most damaged bodies for open casket funerals. No one beats his sense of dedication because no one else is dealing with his own personal grief by throwing themselves into their work to try to help others with their grief like Zig does.

One day, Zig notes that the name of an incoming body from a plane crash in Alasksa: Nola Brown, a soldier he knew as a girl in his daughter's Girl Scout troop. When he goes to prepare the body he discovers that this is not the same person. And, once he starts to look into things, he quickly finds that no one wants him to find out anything about Nola Brown and are willing to make sure that he doesn't...

The setting of this book was informative and interesting. But, the thriller aspect felt like it was rushed. There are some intriguing twists to the conspiracy that Zig uncovers, but it gets hokey and forced. For example, the inclusion of a bad guy with a special claw weapon that shoots electricity into its victims was more like a kid's comic book character than a story aimed at grown-ups.

This book can be found on Amazon.com here: The Escape Artist by Brad Meltzer.

Note: I received a pre-publication copy of this book as part of the Amazon Vine program so that I could write an honest review.