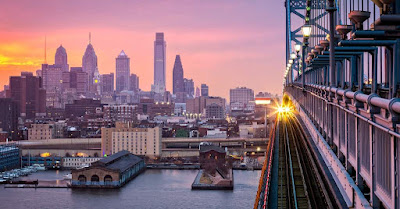 Walt Longmire is the Sheriff of Absaroka County in Wyoming and he is off to Philadelphia to visit his daughter Cady. This visit comes as part of a road trip with his friend Henry Standing Bear who is presenting some photos at a museum. To add some extra fun, Walt is going to meet up with his tough-talking deputy Vic's family, since she is also from Philadelphia. Turns out they are entrenched in the police department, from top to bottom.

But, before the visit really got started, Cady is pushed off of a balcony and suffers a head injury, leaving her in a coma. Walt and Henry start investigating and soon things start to get very complicated, very fast.

This is the third book in this series, but the first one that I have read or listened to. Normally, I don't join series midway, but I felt confident that I could start with this one because I had seen two season of the TV show based on the book series so at least I would know who the characters are. I wasn't lost, but I didn't particularly enjoy the Philadelphia-based "fish out of water" aspect of this book. It was okay, but not great.

The audiobook was read by George Guidall. He has long been recognized as one of the best in the audiobook business and he does a great job with this book. But, it was just a so-so book no matter who read it so I am going to have to rate it 3 stars out of 5.

This book can be found on Amazon.com here: Kindness Goes Unpunished.
Posted by DWD at 9:17 PM No comments:

MISSION: JIMMY STEWART and the FIGHT for EUROPE (audiobook) by Robert Matzen

Just a few months after the bombing of Pearl Harbor, Hollywood actor Jimmy Stewart was a new recruit in the U.S. Army angling for the chance to fly a bomber in combat. At the time, he was the reigning male actor in Hollywood, having recently received the Oscar for Best Actor.

But, deep down, Jimmy Stewart wanted to continue the family tradition of military service. The Army tried to divert Stewart to a non-combat role, aided by some string-pulling by his movie studio. But, Stewart pulled some strings of his own and eventually found himself training to fly bombers, despite the fact that he was easily at least ten years older than all of the other trainees.

Stewart and his men flew their bombers to England and joined the massive collection of planes involved in the bombing campaign in November of 1943. Stewart's age and extensive pre-war flying experience played a part in him becoming an leader of his squadron of B-24 Liberators. He felt the profound weight of the immense responsibility of leading his men. He was all too aware that a simple mistake on his part could kill dozens of men, including himself.

Maybe it was that sense of responsibility, maybe it was just dumb luck, but Stewart's men did much better than average when it came to getting there and back successfully, although it took a profound toll on Stewart. He visibly aged during those 16 months. He felt like he was losing even his nerve as the mission (and the close calls) added up. Despite his concern, he led larger and larger missions up to the end of the war.

Robert Matzen's three-pronged look at World War II in Europe mostly focuses on the early life and military service of famed Hollywood actor, but it also tells the story of German civilians that ended up being near a site bombed by Stewart and the story of another airman that went briefly interacted with Stewart on a shake-down run. His story, though, is used to show what could have happened to Jimmy Stewart since he is shot down over Europe and eventually is captured.

This was an interesting audiobook. Peter Berkrot was the narrator and when it comes to narrating the danger and drama of a bombing run of Nazi Germany, there is literally no one better. Berkrot's pacing and dramatic delivery are perfect. But, the problem is that Berkrot never turns that dramatic style of reading down - everything is equally dramatic, including very mundane things like the descriptions of Stewart's childhood. So, it becomes sort of a mixed bag.

I rate this audiobook 4 stars out of 5 and it can be found on Amazon.com here: MISSION: JIMMY STEWART and the FIGHT for EUROPE by Robert Matzen.

THE JOURNEY that SAVED CURIOUS GEORGE: THE TRUE WARTIME ESCAPE of MARGARET and H.A. REY by Louise Borden 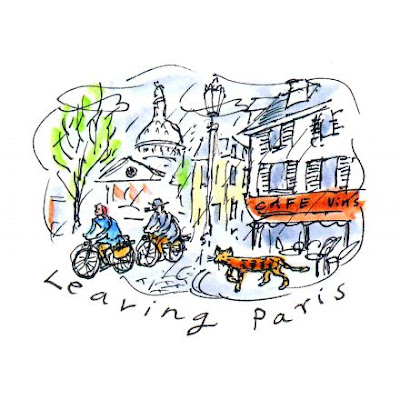 Published in 2016 by HMH Books for Young Readers.

This book is really three stories all wrapped up in one.

#1) It is the early biography of two authors and how they got started.

#2) It is also the story of how Curious George, the iconic children's book character came to be.

#3) And, most importantly, it is the story of how these authors and this character were almost snuffed out at the beginning of World War II because of their religion.

This edition of the book is designed to be used in a classroom. Not only is is wonderfully illustrated with both photographs and original drawings reminiscent of H.A. Rey's work, it also includes assignments and discussion questions at the end of the book.

I rate this book 4 stars out of 5. It can be found on Amazon.com here: The Journey that Saved Curious George.