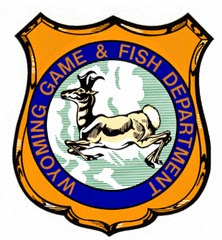 Wyoming Game Warden Joe Pickett is still on special assignment from the Governor. What this means is he has no home territory and is always on the edge of being fired But, he is kept around because he has a knack for solving big problems involving dangerous people.

Joe's strength does not come from his tracking ability (he's good but not great), or his ability as a crack shot (he's horrible with a pistol) or his abilities as an outdoorsman (he is very good but he is not a survivalist). No - his strength comes from his own family and from a sense that the rules are important. Joe is a straight arrow who and if he breaks those rules he does not rest easily.

Joe is called away from a long-needed session of household chores to a crime scene in a hunting camp, only being told that it is gruesome. The sheriff and the Warden that now covers his old territory race to the scene. When they arrive they find a hunter field dressed, having been dropped by a single shot from a rifle. Clearly, someone is trying to send an anti-hunting message.

At the same time, an anti-hunting activist shows up in town and calls attention to the murder. Soon, Joe's research uncovers earlier murders of hunters that were not so blatant but are clearly related and now the whole country knows that in Wyoming the hunters are now the hunted...

This is a gruesome but engrossing entry in this series. I figured out the mystery before the end (I am pretty sure everyone was supposed to figure it out) but I was very surprised at the methods used to flush out the murderer. Plus, there is a true (and quite gratifying) surprise at the end, almost as an epilogue.

This book can be found on Amazon.com here: Blood Trail (A Joe Pickett Novel)

BUNION DERBY: THE 1928 FOOTRACE ACROSS AMERICA (audiobook) by Charles B. Kastner

In 1928 a sports promoter named Charles C. Pyle had an interesting idea: a footrace across America - from Los Angeles to New York City. This race would be run in timed stages (like the Tour de France) with pre-planned stops along the way. The winner would get $10,000 and the first two-thirds of the race would highlight Route 66. 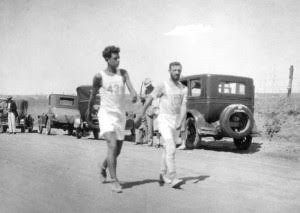 Pyle brought in legendary football player Red Grange as a celebrity promoter and made grand plans for each stop, including a travelling carnival.

199 men paid the $100 entrance fee and started the race. 55 made it to the end. Along the way they ran, walked and even crawled through searing heat, snow, rain, dust storms, sleet and more. They also faced dog attacks, surges of crowds and the African-American runners faced racist threats in some states. A surprising number of runners were struck by cars.

I was contacted to review this book in exchange for a free digital copy of the audiobook. I agreed, thinking that this book could be a real snoozer but if I were lucky it could be fairly interesting. I am glad to report that this book was more than just "interesting." I found it to be an extremely well-told story and I couldn't wait to get back to the audiobook to see what would happen next.

The audiobook was read by Andrew L. Barnes. He has a folksy way of reading that makes the story that makes it seem less of a dry history and more of just a great tale full of interesting people that sheds a unique light on who America was in 1928. He makes it fun and, at times, poignant.

I highly recommend this audiobook.


This book can be found on Amazon.com here: Bunion Derby: The 1928 Footrace Across America 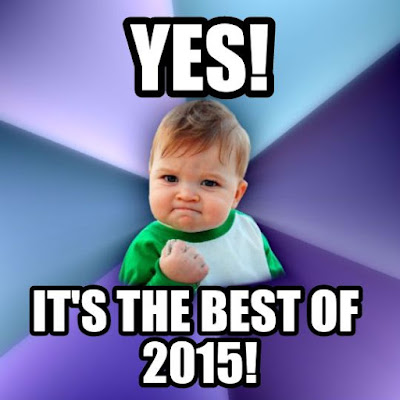 I broke the books into several categories. The titles are hyper-linked to their reviews.

* indicates the best book in that category.

I love Havill's Bill Gastner series - it is a shame that this series has not gotten the attention they deserve. The Battle of the Crater was a great description of a tragedy in the making and a look at leadership failure at all levels in the Union Army in the Civil War.  C.J. Box's Joe Pickett character is always a joy and these two books were excellent. But, the poorly named Insurgent (who knew that there would be a popular series with a book of the same title that would all but shove this book out of the spotlight?) was a book that made me think and made me turn the pages on my Kindle as quickly as possible. It is still the only book that I have purchased with real money on my Kindle in the last 7 years (there are so many freebies and the online library).

The Battle of the Crater - by Newt Gingrich and William R. Forstchen

So many good choices in this category. Enemies and Allies was a fantastic audiobook by Graphic Audio. To Try Men's Souls had iconic scenes that made you appreciate the generation of the Revolution all the more. The Giver is a classic with a sucker punch scene that took the air right out of me. And...Michael Connelly. There's a reason that he is listed in this category twice.

*To Kill a Mockingbird by Harper Lee

To Try Men's Souls: A Novel of George Washington and the Fight for American Freedom by Newt Gingrich and William Forstchen

The Burning Room by Michael Connelly

The Brass Verdict by Michael Connelly

The Giver by Lois Lowry

I read so many good non-fiction books this year. Every one of these was worthy of being labeled the best. But, I am a teacher and Danza's foray into teaching was insightful, rewarding and reassuring.

*I'd Like to Apologize to Every Teacher I Ever Had: My Year as a Rookie Teacher at Northeast High by Tony Danza

A Thousand Miles to Freedom: My Escape from North Korea by Eunsun Kim and Sebastian Fallet

What Caused the Civil War: Reflections on the South and Southern History by Edward L. Ayers

The Price They Paid: Enduring Wounds of War by Michael Putzel

I also listened to a lot of excellent non-fiction audiobooks this year. The Good Shepherd pointed out exciting things that I had never read or thought about in 47 years of going to church. Food: A Love story was the more-often-than-not laugh out loud funny soundtrack to my family's summer vacation. The Aviators was an amazing triple biography. NPR's look at National Parks was fun and worthy of a listen by anyone. The Jefferson Rule was a great look at American history from a different perspective. But, in the end, I just remember the feeling I had as I was listening to MLK's Letter from Birmingham Jail. Such a fantastic essay that just soars when it is read aloud.

The Good Shepherd: A Thousand Year Journey from Psalm 23 to the New Testament by Kenneth E.

The Jefferson Rule: Why We Think the Founding Fathers Have All the Answers by David Sehat

NPR Road Trips: National Parks Adventures: Stories that Take You Away by NPR

My entire family enjoyed the Avengers audiobooks. Woof is a very fun turn at a kids book by a veteran author. The Martha Washington book was a trip down memory lane for me. But, The Witch of Blackbird Pond still has it. The 1959 Newberry Medal winner still grips you and brings you into its world.