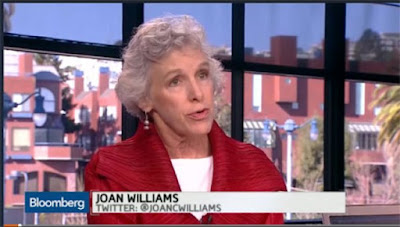 This small book grew from an article that the author wrote after the 2016 Presidential Election. She wrote this article to explain the results to her friends in what she calls the "professional elite". The article created a lot of buzz so she expanded it into a small, accessible book that I found to be very accurate.

Williams distinguishes the working class from the poor and the professional elite. In layman's terms, the working class is the middle class. It consists of factory workers, teachers, police officers, mechanics and restaurant managers. People with training and skills that literally go to work every day. The professional elite are doctors, lawyers, investment bankers, professors at elite universities and the political class.

Williams details why the working class looks at the world differently than the professional elite and why the policies and the general image offered up by the Clinton campaign was so thoroughly rejected by the working class.

As a person who comes from a working class background (one of my grandfathers was a farmer, the other a factory worker for GM, my mother was a teacher and my father repaired appliances. I am a teacher in an urban school), I found this book to be remarkably perceptive. Williams' intent is to introduce the Democratic political elite to the working class and I think she succeeds. Not that I am a fan of the Democrat Party (up until this election, I considered myself a Republican, but now I suppose I am a Republican in exile) but it would be great for the national conversation if both of the major parties actually has an idea who they are talking to.

Tie this book in with J.D. Vance's Hillbilly Elegy (about the poor, not the working class) to get a good look at the "deplorables" in America (to quote Hillary Clinton).

This audiobook can be found on Amazon.com here: White Working Class: Overcoming Class Cluelessness in America by Joan C. Williams.
Posted by DWD at 10:12 PM No comments: Links to this post

I've been listening to the Jack Reacher series for a couple of years now, and I have been slowly working my way through the series in a random order. That's okay, though, because Lee Child doesn't write this series in any sort of chronological order. While this is book #1 in terms of when it was written, it comes as #8 in the current lists of Jack Reacher books and stories according to Jack Reacher's perspective.

For me, this book was particularly interesting because it filled me in on a frequently-mentioned event in Jack Reacher's life - the death of his brother Joe.

Jack Reacher decides to get off of a bus in Margrave, Georgia on a whim and ends up under arrest for a brutal murder in this town's small warehouse district out by the highway where Reacher got off the bus.

Soon enough, Reacher proves it couldn't have been him and follows a pattern followed in almost all of his books - the man who is on the road and wandering in reveling in the fact that he has no attachments finds himself becoming attached to people and a cause. In this case, Reacher finds that this idyllic small town is not nearly as perfect as it looks and there is something very sinister going on...

The first Reacher book is a solid start to a spectacularly popular series. Dick Hill reads this book and does a great job with it. He seems to "get" Jack Reacher and is a frequent reader of his books.

This book can be found on Amazon.com here: The Killing Floor by Lee Child.
Posted by DWD at 11:38 PM No comments: Links to this post