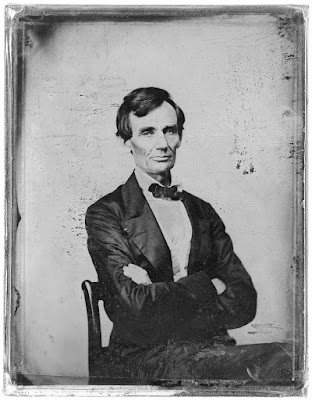 Lincoln's Gift: How Humor Shaped Lincoln's Life and Legacy is an excellent short biography of our sixteenth president with a special focus on his legendary storytelling abilities. When one considers who integral Lincoln's humorous stories were to his successes both as an attorney and as a politician, I felt that this biography is one of the few biographies or histories that gave me much of a sense of Lincoln as a man.

Leidner wisely chooses to provide a lot of detail about Lincoln's life before he became a national figure - these stories give the reader a feel for the man long before he became president and give a frame of reference for his reactions and his stories while he was in office.

Very few of his stories are truly laugh out loud funny, but he often told humorous or rustic tales to make his point or distill a complicated idea into something very simple. A classic example of this is when Grant explained how he planned to coordinate all five Union armies to press the Confederate forces at the same time. Grant knew that this would make it difficult for the Confederates to adequately confront an individual Union army because concentrating Confederate forces to defend one front meant moving troops away from an advancing Union army on some other front. Lincoln compared the plan to how hunters work together to prepare game and said, "Those not skinning can hold a leg." (p. 195)

Lincoln's Gift is an enjoyable biography. It is not too heavy into Civil War minutiae but is deep enough to give the reader a glimpse into what he may have actually been like. I rate this biography 4 stars out of 5.

You can find this book on Amazon.com here: LINCOLN'S GIFT: HOW HUMOR SHAPED LINCOLN'S LIFE and LEGACY by Gordon Leidner.
Posted by DWD at 10:27 PM