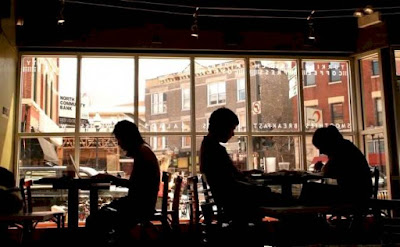 Jack Reacher is just hanging out in a New York City coffee shop, drinking coffee and staring out the window when he gets caught up in a kidnapping case. Turns out he witnessed the money hand off without even realizing what he was seeing. The ransom payer tracked Reacher down, picked him up and brought him to his exclusive penthouse apartment/office. Turns out his wife and stepdaughter have been kidnapped and he has decided to leave the police out of it and just pay the ransom.

The millionaire runs a quasi-legal mercenary operation and has decided to use his best men to search out the kidnappers and eliminate them...and he wants Reacher to help due to his previous police experience and offers him a hefty cash bounty if he produces. But, as Reacher starts to dig into why someone would want to kidnap his new employer's wife and stepdaughter he starts to find a lot more nagging questions than answers...

This was an especially interesting Reacher book for me. Lots of action, about 3 surprise twists and a number of interesting locales. Dick Hill's narration is just about perfect. He totally captures Reacher's attitudes.

I rate this audibook 5 stars out of 5.

This audiobook can be found on Amazon.com here: The Hard Way by Lee Child.
Posted by DWD at 10:46 PM