The King of Torts (audiobook) by John Grisham

Grisham's The King of Torts continues the trend that he started in other books such as The Chamber and The Runaway Jury. The book isn't really about the characters or the plot. Instead, it's a easy to swallow education into how the legal system actually works.

In The Chamber the reader sees how death penalty cases work in detail. In The Runaway Jury the readers sees how a civil jury trial works in detail - from selection of the court venue to clothing worn by the attorneys to jury selection specialists. 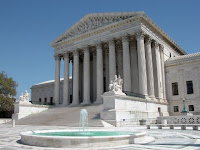 In The King of Torts we learn all about how the class action lawsuit works. Ever wonder how former presidential candidate John Edwards made his money? This book well give you a good idea. Grisham argues all sides of the class action lawsuit as he tells the story. It can help and hurt the little guy. It can enrich an attorney, but that's not entirely a bad thing since he's put money into telling people about bad products that injured them with no promise of an actual payoff. It can wipe out businesses, but if you've put a bad product out there why shouldn't you be hurt? Then again, wiping out a bad business still puts a lot of people out of work through no fault of their own.


Grisham argues all sides and leaves the reader to make up his or her own mind. It was a wonderful education, well-read by Michael Beck who created dozens of voices for his narration. However, the actual story was less than satisfying. The plot seemed to meander around with pointless interludes that did little to advance the plot but did take up lots of time. I gave it 3 stars - 5 for the education averaged with just 1 star for the plot. It's worth a listen, but only for the education.

I rate this audiobook 3 stars out of 5 and it can be found on Amazon.com here: The King of Torts.