Lee Child does not feel the need to do that in his Reacher series. While this book is number 8 in the order of publication, it is the first chronologically which makes it a great place to start the series. 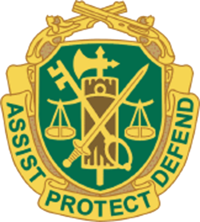 Reacher is in the Military Police and has just been re-assigned from the invasion of Panama to remove General Manuel Noriega in December of 1989 to Fort Bird in North Carolina. It is New Year's Eve and just at the stroke of midnight Reacher gets a call. A General is dead in a seedy hotel off base. It turns out he died from heart attack while he was just starting an intimate moment with a mystery partner. Reacher is not too worried about things until he notes that the General's briefcase is missing.

So, Reacher starts digging and the mystery keeps getting bigger. When he finds out that the General's wife was killed by a burglar on the same evening, Reacher knows something is definitely wrong and he is somehow in the middle of it...

This was an enjoyable, engrossing novel. I was literally surprised about who had taken the General's briefcase until it was revealed at the end even though all of the facts were clearly laid out before me. My only consolation is that Reacher was just as surprised as I was.

Good read. I am going to start seriously reading this series.

This book can be found on Amazon.com here: The Enemy (Jack Reacher)

Posted by DWD at 10:26 PM No comments: Links to this post

An intriguing mix of the old to make something new

The best cooks can take a couple of tired old recipes and do something special to mix them together and make something that feels like it is brand new.

Mishell Baker has taken bits of several popular movies and thrown them together with a a couple of well-known book genres and created something entirely unique. Take a handful of Jack Nicholson's 1974 classic movie Chinatown, fold it into Will Smith's Men in Black, add to it a pinch of The Lion, the Witch and the Wardrobe by C.S. Lewis and a giant handful of Stephen R. Donaldson's Thomas Covenant the Unbeliever and you have an approximation of what this book is like. It is a crazy jumbled mess that comes pretty close to being brilliant.

Millie Roper is a former film student who shattered her body when she jumped off a building in an attempted suicide. She suffers from mental illness, has two prosthetic legs and is a very difficult person to get along with. She has grown weary of the mental health facility that she has been living in so she is intrigued when a stranger approaches her and recruits her to join the Arcadia Project. The Project is not explained well and, despite the fact that her therapist at the facility warns her away, Millie is intrigued and agrees to join the Arcadia Project.


What is supposed to be a routine beginning at the Arcadia Project turns ugly as Millie discovers that a missing Hollywood movie star is also a visitor from another dimension. His home is full of mythical creatures like faeries and elves and travel back and forth is possible through a handful of portals. One of those portals is in the Los Angeles area and has long been a vital part of the Hollywood movie scene. But, a simple missing person case becomes something much more complicated and pushes her beyond her physical and emotional limits as Millie scrambles to stop an open war between our world and a world of unlimited powerful magic...

For me, the only thing that stopped this book from being a truly great book is the difficulty of its main character, Millie. Her mental illness often makes her a narcissistic, petty and childish. But, a premise of the book is that mentally ill people sometimes are able to see and understand things that others fail to notice because they don't approach things with the proper vantage point. So, Millie and her quirks are essential to make the book work but, ultimately, the book gets bogged down in them.

That being said, the book is something new and different, even it is made up of a whole lot of familiar items. If you are looking for a change of pace and you are a fan of sci-fi and fantasy this book should work nicely.

This book can be found on Amazon.com here: Borderline (The Arcadia Project)

Posted by DWD at 5:56 PM No comments: Links to this post