HEART of the HUNTER (audiobook) by Deon Meyer

Deon Meyer's novel Heart of the Hunter features a very large black South African man named Thobela "Tiny" Mpayipheli who used to be part of the armed resistance movement to the South Africa's Apartheid government which collapsed in 1994. He was trained by the East German secret police and was part of multiple assassinations. He had a talent for violence. When the Apartheid regime ended he suddenly found himself on the outside, an anachronism. His skills were no longer needed and it would be better for the leadership if he just went away. So, he took his skill set to a drug lord but he soon realized there was no large sense of purpose, no lofty ideals in organized crime.

At that point Mpayipheli decided to bank his money, go straight and retire completely in South Africa. He met a woman with a young son, moved in and devoted himself to this new family they created. He took a job at a motorcycle repair place and everything seemed to be just about as perfect as anyone could make it.

That is until he gets word that a trusted old friend from the old days will day unless a hard drive is delivered to Lusaka, Zambia. He decides he has to go even though his wife begs him not to. When government officials stop him from boarding a plane to Zambia his old training kicks in and he escapes and goes on the run while trying to work his way to Zambia. He borrows a high-powered BMW motorcycle and finds that he is being pursued by government officials, the police and even a special forces unit. Meanwhile, South African officials want to know what is on the hard drive and everyone is scrambling to catch him and cover everything up before the truth gets out because someone has leaked the story to the media and now everyone is wondering who the mysterious big man on the BMW is and why he is running.

Deon Meyer is a South African writer who writes in the South African language Afrikaans. I only mention it because sometimes translated works are clunky, but this book is not. But, if you are not familiar with South Africa's Apartheid history and how South Africa's role in the larger Cold War between the U.S.S.R and NATO then I would imagine this book would be quite confusing.

The audiobook was read by the incomparable Simon Vance who covered a multitude of accents, male and female characters, children and old people (the old man who writes folk songs was particularly memorable) with ease. If Simon Vance were to read my grocery list it would sound important. When he reads (performs is a more accurate term) a book it is an experience.

While this was a good book, it was not a great one. The ending was too drawn out. Too many of the different threads of the story that were meticulously laid out in the first couple of hours never did really come together (the biker clubs that are sympathetic to the mysterious rider on the BMW are a great example. They are mentioned many times because they want to express some sort of biker solidarity but when they finally appear it is only for a few seconds and they just fade away).

Note: I received a copy of this audiobook from the publisher in exchange for an honest review as a part of the Audiobook Jukebox Solid Gold Reviewer program.
Posted by DWD at 10:24 PM No comments: Links to this post

Published by Amazon Digital Services as an e-book.
Estimated length is 35 printed pages.

Mary Walker is a private detective these days. Five years ago she was a police officer who confronted the serial killer known as "Sledge." He earned that name by killing three police officers with a sledge hammer. Mary was the only one to survive a confrontation with Sledge. He smashed her thighbone with the hammer and then let the head of the hammer rest on her throat. She choked until she passed out and then, inexplicably, he left her there.

Walker quit the force and when the story starts she is a struggling private detective staking out the loading dock of a furniture factory when she discovers that Sledge is back and he has unfinished business with her...

I rate this short story 4 out of 5 stars. Walker is an interesting character, the action is solid, a mood of foreboding and dread is created and there is a bit of a twist at the end.

Published in 2011 by Minotaur Books

A person who left a comment on one of my Amazon reviews told me about C.J. Box and gave me the title to his first book featuring Joe Pickett. I found it at the library and I was hooked. If you like Michael Connelly or Robert Crais you will love C.J. Box. If you like Tony Hillerman, you will enjoy Box's descriptions of the local landscape and the people of Wyoming and Montana.

Back of Beyond is the beginning of a new series, not a part of the outstanding Joe Pickett series. It features Cody Hoyt, a broken-down alcoholic of a cop who drank himself out of a job as a big city cop in Colorado and is now in Montana, in danger of losing his last chance job as a cop.  The story starts out with as strong of an opening as I have ever read: "The night before Cody Hoyt shot the county coroner, he was driving without purpose in this county Ford Expedition as he often did these days. He was agitated and restless, chain-smoking cigarettes until his throat was raw and sore."

So, that's pretty much Cody Hoyt the whole book through. He is talented, headstrong and pathetic. The only good thing he sees about life is his high school-aged son who lives with his ex-wife back in Colorado. But, there's a good cop underneath all of the junk that comes with his troubles. When his Alcoholics Anonymous sponsor is found dead in a remote cabin he knows it was not the drunken suicide of a man that has fallen off the wagon. He goes against his bosses and investigates on his own and gets himself suspended (after he shoots the coroner during his investigation).


He continues to search and the sparse clues he finds point to a larger conspiracy and wilderness outfitter that leads tours into the rugged back country of Yellowstone National Park. The problem is that his son is on that same trip (yes, it's a giant coincidence, but I went with it). Hoyt has to catch them (he lives in Montana but he is hardly a woodsman), figure out who the murderer is and stop him or her before anyone else gets killed, especially his son.

Hoyt never becomes a likable character, but there is a bit of redemption in his actions as the book progresses. The supporting characters, like the retired wilderness guide Bull Mitchell and his partner Larry make the book work.

This book can be found on Amazon.com here: Back of Beyond by C.J. Box.

Posted by DWD at 3:15 PM No comments: Links to this post 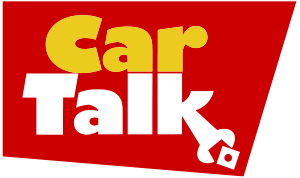 The hosts of NPR's Car Talk, Tom and Ray Magliozzi, offer highlights from their radio show with the theme
of motherhood. If you are not familiar with the show, well it is unique. Two brothers who aren't really mechanics (but do have a lot of experience fixing cars) take calls about cars and car repair. They laugh and mercilessly kid one another and sometimes actually get around to offering advice on how to fix a car.

Some of the highlights feature their own mother as an in-studio guest, the rest are from callers. Topics include a mom who does not want to break down and buy a mini-van, a mom who wants her sixteen-year-old to buy a sports car and my favorite - the older mom who plans to drive her 1977 Datsun 510 station wagon from Houston to Massachusetts that prompts a hilarious side bet between the brothers.

Lisa Scottoline breaks new ground in this audiobook. For years, she has written courtroom dramas and legal thrillers. This time Scottoline tries to tie together two distinct stories featuring Dr. Mike Scanlon, a podiatrist from Philadelphia. Scanlon is a member of the National Guard and when the story starts he has been called up and is serving in Afghanistan. Podiatric surgeons are in high demand because of the common use of IEDs (Improvised Explosive Devices) that explode under military vehicles and damage the feet of the passengers.

Mike has left a wife and an infant child back in Philadelphia. His wife dies from a household accident and his wife's sister and her husband care for the child as he rushes back home to make funeral arrangements. They agree to care for her for the duration of his tour in Afghanistan and when he decides to serve another year because they are in such desperate need of doctors with his special skills.


The problem with Don't Go is that these two stories do not mesh particularly well. The smaller, but much stronger story is the one in Afghanistan. Scottoline has done some research here and she tells it in a compelling and moving way. The characters have real zing.

On the other hand, the Philadelphia characters are very two dimensional and Scanlon's sister-in-law has an obsessive need to keep the baby on its nap schedule (and the never-ending conversations about the nap schedule) that borders on mental illness. When a father returns home from more than a year in Afghanistan with a horrible injury you immediately let him see the baby and throw the nap schedule out of the window!

Scottoline throws in a murder mystery that just does not fit, but it does little to liven up the home front part of the story but the investigation by Scanlon is so haphazard and so full of gut feelings that it felt contrived. Major family confrontations flare up and are solved so quickly that it seemed clear that Scottoline was trying to pad the story or really had no sense of how she wanted to end it. For what it's worth, I would have been very happy to have had the entire book just about the adventures of  Dr. Scanlon in Afghanistan.

Jeremy Davidson read the book and he did a solid, if not exciting job. He did a good job with the French accents of Scanlon's wife and his sister-in-law. Oddly, it is never really explained how Scanlon meets and marries this French lady (or, if it is mentioned, it was glossed over quickly and I missed it). One of the characters is mentioned as having a North Philly accent. I am admittedly no expert on Philadelphia, but to me it sounded like a combination of California surfer dude and Australian.

Note: I received a download copy of this audiobook from the publisher through Audiobook Jukebox's Solid Gold Reviewer program in exchange for an honest review.