What Went Wrong?: The Clash Between Islam and Modernity in the Middle East by Bernard Lewis

Not the best of Bernard Lewis

I've read two other books by Lewis and found both of them to be much more comprehensive and satisfying than this one. My dissatisfaction stems from the title. The title What Went Wrong? implies a discussion of how the Islam world went from being the most advanced culture on the planet to one of the most insular and, in many ways, most backwards cultures on the planet. While such a discussion is implied, it is barely touched upon in the body of the book.

Lewis finally gets to this general topic in his conclusion. He notes, "By all standards that matter in the modern world-economic development and job creation, literacy and educational and scientific achievement, political freedom and respect for human rights - what was once a mighty civilization has indeed fallen low." (p. 152)


"To a Western observer, schooled in the theory and practice of Western freedom, it is precisely the lack of freedom - freedom of the mind from constraint and indoctrination, to question and inquire and speak; freedom of the economy from corrupt and pervasive mismanagement; freedom of women from male oppression; freedom of citizens from tyranny - that underlies so many of the troubles of the Muslim world." (p. 159)

Lewis also notes that many Islamic countries blame their troubles on European colonialism and feel very inadequate when other former colonies surpass them as well: "The proud heirs of ancient civilizations had got used to hiring Western firms to carry out tasks that their own contractors and technicians were apparently not capable of doing. Now they found themselves inviting contractors and technicians form Korea - only recently emerged from Japanese colonial rule - to perform these tasks. Following is bad enough; limping in the rear is far worse." (p. 152)

Those are the the types of thoughts that I believed the book was going to be discussing throughout. Instead it gets included, almost as an afterthought, in the conclusion. The main body of the text is primarily concerned with how the Ottomans, and to a lesser extent the Persians, dealt with the rise of the Europe throughout the 1600s through the 1900s. Don't get me wrong, it is legitimate to discuss those issues, especially since they were the main two Muslim powers during that era, but it does little to illuminate the issues of the 21st century. It established a pattern of not keeping up with the West but little to add to an understanding of modern Muslim reaction to the West, with the exception of a few passing references to Khomeni's changes to the role of Islamic clergy in Iran that were not followed up on with enough detail to offer any insight.

A better book about modern Islam and an exploration into 'what went wrong' is Lewis' more controversial The Crisis of Islam: Holy War and Unholy Terror. It was one of the best books that I read in the entire year of 2004. It would not be a bad idea to consider What Went Wrong and The Crisis of Islam to be two volumes of a set that deal with the historical decline of the much accomplished historical Islamic civilization and some of its more modern adaptations to Western challenges, both perceived and real

What Went Wrong?: The Clash Between Islam and Modernity was also published under the title: What Went Wrong: Western Impact and Middle East Response. It can be found on Amazon.com HERE.

I give this one a grade of 3 stars. The information is good and well-written. However, I felt like I had been a victim of a bait-and-switch scam - the title of the book and the text of the book really did not match. Maybe it should have been called "The Clash Between Islam and the European Renaissance and Enlightenment Movements." 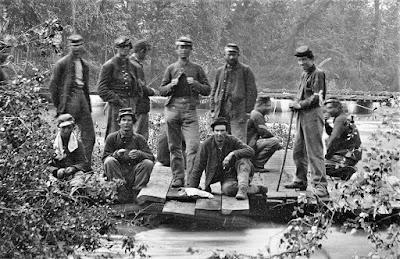